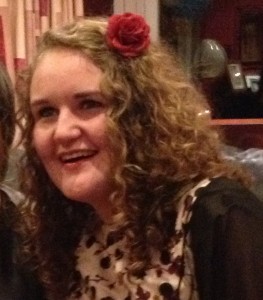 Moriarty, a UCC student received the top award in this section for her play written this year ‘In light of salt rings they drew.’
This is not Sadhbh’s first production, she represented UCC last year in Belfast with another play ‘The deepest Goldfish.’
Sadhbh has always shown a love of writing from an early age, she attributes this to the many years she spent reading scripts with her parents, Paudie and Carmel, who themselves have acted and produced many plays in Kenmare.
It is of particular delight to Sadhbh to be collecting this award in Listowel as she has many connections there, she is a member of the Moriarty family who have a long association with Drama in the town.
Sadhbh is hoping to continue writing plays and has already ideas for her next project, one has the feeling that we will be hearing more from her in the future.