In early August, several members of families who were originally from Lauragh, Tuosist will be visiting Kenmare, Tuosist,
Kilmackillogue and the surrounding area for a family reunion.
There will be several grandchildren of families including the Murphy
family from Collorus Point and the O’Sullivan Master family from
Kilmackillogue. The reunion was the brainchild of Marianne MacDonald, granddaughter of Julia Murphy, who emigrated to New York City in 1913. Having done genealogical research on her grandmother’s family for over 20 years, it was just in the past 3 to 5 years with the advent of online records and social networking that Ms. MacDonald was able to connect with several 2nd and 3rd cousins, both in the U.S. and Ireland and England.
There have been a few small ‘family reunions’ in the U.S., in Philadelphia, Jacksonville and Boston, where Ms. MacDonald was able to meet and connect with these cousins. In one instance (Jacksonville) there were 3 branches of the Murphy family tree who did not know that they had 2nd cousins living within just miles of each other. After visiting Tuosist on several occasions and meeting with friends and cousins, Ms. MacDonald felt there was enough interest to attempt a reunion in Tuosist. Several people in Tuosist and beyond have been instrumental in helping make the family connections and in setting up the reunion, including Mike Riney of Dublin (and Gleninchaquin). Helen’s Bar in Kilmackillogue have kindly provided use of the barn for the afternoon of Sunday, 9 August and the recently re-discovered film ‘Bally Cashel Ferry’ will be screened there as part of the reunion. That movie was filmed in Tuosist in the 1950s. There will also be some type of remembrance held at the cemetery prior to the actual gathering at Helen’s Bar.
This reunion is open to anyone who has some connection to and or interest in the following families from Tuosist; Murphy family of Collorus Point, O’Neill of Collorus, O’Sullivan Master of Kilmackalogue, O’Shea of Loughanacreen, Riney of Tuosist. The families welcome all comers who may have some history or family ties to these families. Several members of these families will be traveling from England and Dublin for the gathering and to meet their U.S. cousins and would love to meet any and all of the locals also.
For more information, see the ‘Friends of Tuosist’ facebook page or feel free to email Marianne MacDonald at rinceseit@msn.com. 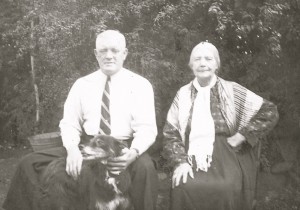