As the fourth year of Blackwater Drama Group’s annual summer production approaches, the tension heightens and rumours of dark plots abound. Last year’s ‘Blackwater Sees The Light’ play dealt not only with the coming of electricity, but it also turned the light on secrets of the past.
Once again the group have put together a multi-layered original drama which is full of fun and laughter, romance and intrigue, secrets, twists and turns that will keep the audience on the edge of their seats. Always with a very local flavour, the production will appeal to all and the cast as always is drawn from the community.
If you enjoyed ‘The Blackwater Station’ (2011), ‘A Match Made in Heaven’ (2012), and ‘Blackwater Sees The Light’ (2013), you will certainly love this year’s production – MURDER IN BLACKWATER.
The play will again be performed in the Old Dancehall beside The Blackwater Tavern on the Bank Holiday Weekend – Friday 30th of May, Saturday 31st of May and Sunday 1st of June.
Tickets are €10 and are available from The Blackwater Tavern, advance booking is essential. Doors open at 7.30 and the play starts at 8pm sharp.
To secure your tickets, phone the Blackwater Tavern on 064-6682003
Limited seating, so book early to avoid disappointment. 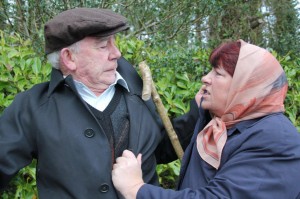