Great wins in the FAI National Draw! A brilliant event and a great fundraiser for soccer clubs nationally, and great luck for Rory, Idris, Dermot and Des! Inter Kenmare are delighted to announce the club winners in this years FAI National Draw competition with Rory O’Driscoll claiming a brand new Ford Fiesta in the Regional sections of the draw, other winners were Idris Gul who won a signed Ireland jersey, Dermot Healy who won an iPad Air and Des Shea who won a 2 night stay for two at the Castle Court Hotel. Inter would like to thank all those who bought, sold and organised this event within the club. Doctor Rory said, “I’m obviously happy to have won such a great prize it came as a real shock, mostly I’m delighted for the club as it will hopefully help to promote the event even more next year for them. I’ve always had a soft spot for the club ever since my own son played with them and it’s great to see them have a win.”

Thanks to all the players who took part and parents who came to support our annual 5 A Side indoor tournament with some great talent on show. The tournament was brilliantly ran once again by John Granville and a big thank you to Pobalscoil Inbhear Scéine for the use of the hall. U12′s and U12 Player of the Tournament Mark O’Regan. U11′s and U11 Player of the Tournament Helena O’Donoghue

Inter Kenmare wish to thank all who helped get a very busy Santa and Mrs. Clause all the way from Lapland to Railway Road, an amazing coup! A special thanks must go to SuperValu for providing the venue. 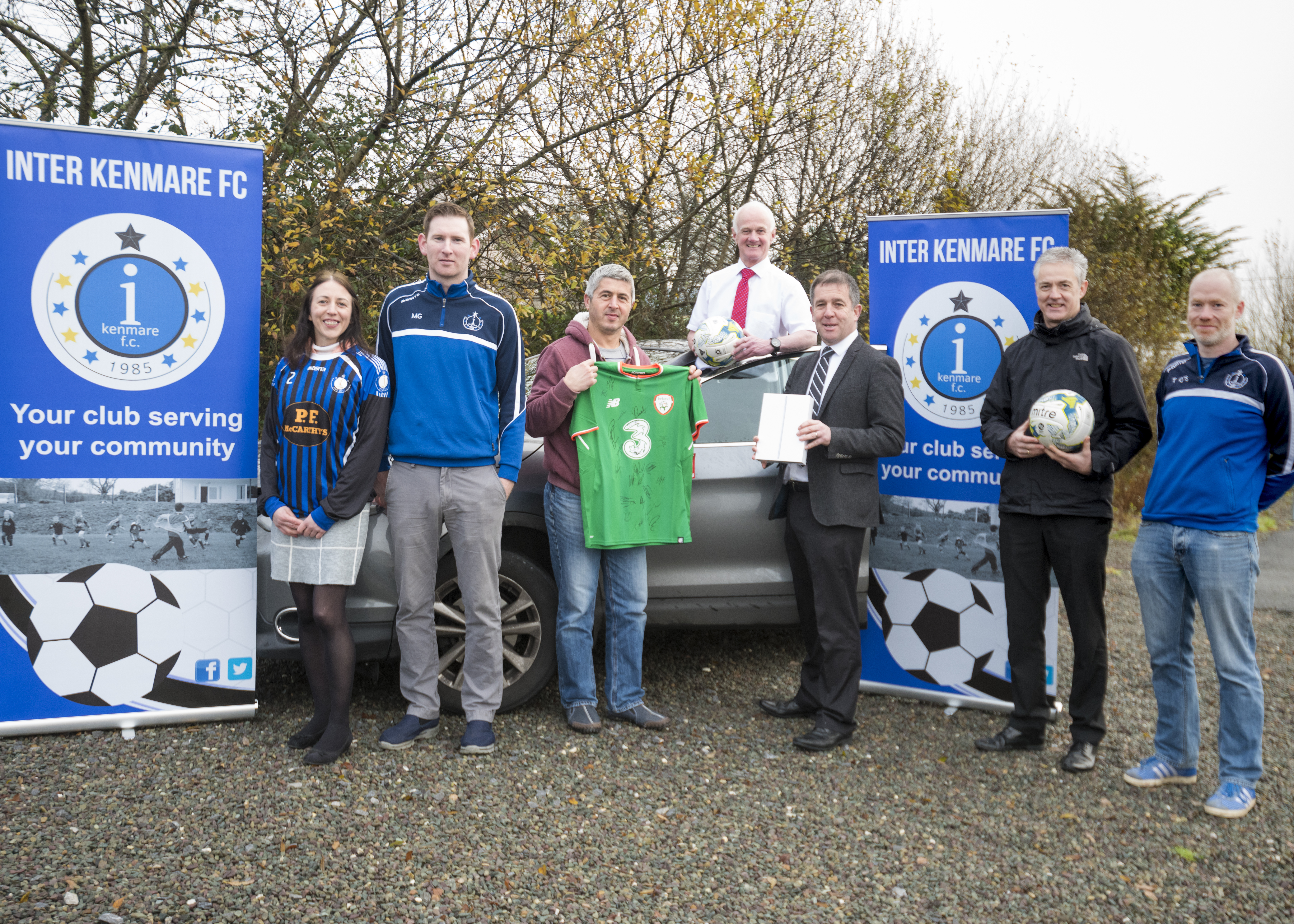