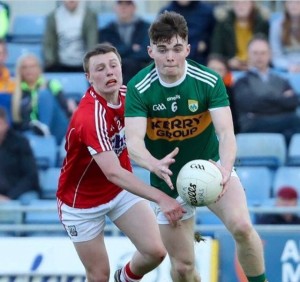 senior footballers have had two good wins recently in the County League against Ardfert and Currow. A few more wins and they might make it into a promotion spot in a very competitive division. The Senior Hurlers have defeated Dr. Crokes and Austin Stacks in their first two County League games, a good start. The Minor Footballers were defeated by Na Gaeil in the County League Final. This was a very good game with both sides kicking some great scores. Well done to the players and management on a good campaign. Well done to Dan and James mc Carthy who were part of the Kerry Minor Football squad who defeated Cork in the Munster Semi Final recently. Well done also to Stephen O’Brien and Seánie O’Shea who had excellent games against Clare in the Munster C’ship. Next up are Cork in the Munster Final on June 23rd. Best of luck lads.