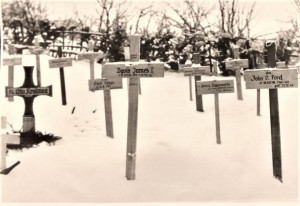 is going to centre around the 75th Anniversary of the ending of World War 2 and connections between Kenmare and the war. We have been collecting stories over the last few months from families with Kenmare connections who were involved as members of the armed forces of the many armies involved in the war and also from civilians and how the war impacted on them. The stories we have received so far stretch from Northern Europe to North Africa, and to Singapore and The Far East. From nurses who were caught up in the London Blitz, German and Russian stories, Resistance fighters in France, members of the various Armies, Air Forces and Navies and to the Japanese Prisoner of War camps on the Burma railway. They involve people from Kenmare as well as from families of other nationalities now living in Kenmare. This publication will remember these people as examples of the many, many thousands of people around the world who were caught up in the conflict and what they had to endure.
We could still include a few more stories if anyone wants to send them into us with a Kenmare connection. You can follow our progress on the facebook page of the Kenmare Chronicle and you can contact us on info@kenmarechronicle.com.
The publication will be printed by the end of November and all submissions need to be with us by the end of July at the latest. If you have any photographs you wish us to scan bring them into Willowfield Garden Centre and we can scan them there. Thanks.