Kenmare Bay Swim Club would like to say a fond farewell to the Merrigan swim family. The Merrigan children all worked their way up through the levels at the Kenmare Bay Swim Academy from a young age and, once they had reached level 8, they tried out for the club. As with most parents who have children in sports, Mike and Liz got involved and soon became invaluable to the running of the club. As head coach Mike brought the club to new heights with multiple provincial and national medal titles, and Liz worked tirelessly behind the scenes helping to run the club, especially on the very successful fundraisers. Who knew when they got married in Kenmare Bay Hotel all those years ago, that their children would be back to swim in the Kenmare Bay Swim Club?
We wish the Merrigan family every good wish on their new venture in Cork city and with Dolphin Swim Club. We will see you on deck, Coach! 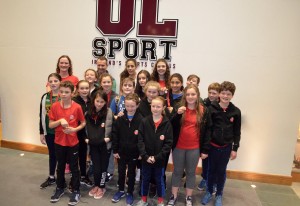