It was an eventful August for Kenmare Triathlon Club member Robert Whyte. 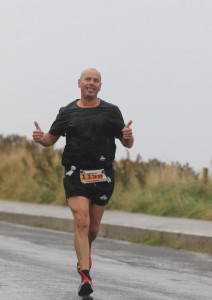 Over the space of three weeks he came second in his age group at the Ironman Youghal 70.3 triathlon which qualified him for the World Championships in Finland next year. The following weekend he placed first in his AG at the prestigious Boston Triathlon. He then finished with an impressive 16th overall at the Dingle marathon a week later.
The result in Dingle earns him a place at the Boston marathon in 2023. “It will be the 10th anniversary of the bombing at the marathon which I was running in,” Robert told us, “Our daughter Taylor is attending Boston College this year and the marathon course runs through her campus.The entire college comes out to support the runners and that experience will be lovely to share with her.”